A Short Introduction to Emotional Education 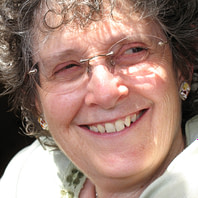 Founder of Atlow Mill Centre for Emotional Education. Author of Behind the Masks: Discovering Your True Self. Educator. Researcher. Public Speaker

When we are born, emotional expression is not a problem. Children shout or scream when they are angry, cry when unhappy, shriek with laughter when excited, yell when afraid and let you know about it when they are in pain.

From about the age of one, generally speaking, our emotional well-being goes down hill all the way. We may be told not to be silly, when we are hurt; to stop making a fuss when in pain; that anger is not nice. Either that, or we experience that the anger of parents or other adults can be so much greater and intimidating that we learn that anger is frightening and destructive. Very few of us have our emotions validated and acknowledged. Sometimes they are distorted by adults who over-react to relatively trivial incidents. We decide that e.g. hurting ourselves, making mistakes etc., must be really important if these grown-ups can't cope with it.

This emotional mystification process results in an adult population which is predominantly emotionally immature. This is not said to insult anyone but simply to illustrate why most of us get into difficulties with our communication and our relationships. Instead of being able to deal with other people's responses and reactions to us effectively, most of us either bottle things up or over-react in turn, causing ourselves and others pain and distress. Other consequences of emotional immaturity are feelings of isolation, 'clinical' depression (which can arise because we do not know what we are unhappy about) other forms of psychological dysfunction and physical disease. Heart attacks and other heart diseases for instance are now known to be linked closely with suppressed anger and outbursts of rage (which is the outcome of suppressed anger). It is through emotional education that we can come to address these issues and learn how to manage our emotions in more helpful ways.

In his book Emotional Intelligence, Daniel Goleman demonstrates how emotional illiteracy can lead to e.g. behavioural problems, panic attacks, delinquency and break down of the immune system. When I speak about these issues in workshops I do not see a lot of dissent to what I am saying. Many people admit that they have difficulty with emotions, their own and those of other people. The question then is 'What can we do about it?' The answer is simple, although the remedy is not. We have to unlearn most of what we have learned about emotions. We have to reconstruct our beliefs about anger, pain, fear, shame, joy, excitement, etc. We have to turn back the clock and become as tuned into our emotional state as we were when we were one or two years of age. This is the start of our emotional education as adults.

Of course it would not be appropriate to express our emotions the way we did then (although we sometimes do!); acting them out by having temper tantrums, sulking, dramatising etc. First of all we need to become aware of exactly what we are feeling, but this is not easy. In addition to the years of mystification already referred to, much of our original experience of emotions happened before we acquired language to put to them. Worst still, we often had someone else's words and interpretations put onto these feelings - usually the wrong ones. Together with the training in avoidance, covering up and denial of emotions which we faithfully learn from others, it is no wonder that many of us are not sure of how we feel and this can have drastic consequences.

In my previous marriage I often felt unhappy, but I felt guilty about this as my husband kept telling me I should be happy and had nothing to be unhappy about. Because my emotions were mystified I accepted what he said and then left him when I could not stand my confusion and unhappiness any longer. So where do you look to find out how you feel? Not, surprisingly enough, in the mind, but in the body. With expert guidance you can be taught how to use your body as an emotional barometer. For me, anger starts in my diaphragm. It is like an engine revving up and when the revs get above a certain speed - better watch out! If I can catch it early enough I have the opportunity to process these signals in the cerebral cortex (thinking bit of the brain) and use this information intelligently. Why am I angry - with whom? Is this anger totally about the present situation, or am I simply experiencing a re-enactment of a past traumatic event. Am I really angry, or am I using anger to cloak another emotion that is more dangerous for me to express - like fear or feelings of inadequacy, which is what I learned to do a long time ago.

Let me give you two examples which might help to clarify what I am saying. My father was a manic depressive. In his manic phase he was volatile, irresponsible and embarrassingly uninhibited. My mother often found it very hard to cope with life around my dad. She must have felt very scared and often wondered how to make ends meet when he got sacked for inappropriate behaviour, but she did not talk about it, she just got angry. The anger pushed away the fear and kept her going. Unfortunately I was often a victim of her anger. I was a quick learner and grew up using exactly the same strategies, using other people as objects for my anger. This does not lead to loving and healthy relationships. As to the re-enactment; a while ago I lived and worked with my husband in a school and therapeutic community. One evening at the weekly staff meeting I was verbally attacked by a large proportion of the group. During the whole episode my husband said nothing. I held my ground, and left the room with apparent composure. Once outside I broke down and ran away. I was in a huge state of upset. My husband followed me, but I turned on him furiously and would have nothing to do with him. He was baffled. After all I looked perfectly capable of standing up for myself and he had done nothing. Little did he know that, when as a child I bore the brunt of my mother's anger, even though it was nothing to do with me, my father did nothing. I had no idea, up to that point, that I felt so betrayed by his lack of intervention of my behalf and it took me about three hours of uncontrollable sobbing with a friend to work it out. Up to that point all my anger and upset were directed at my husband who still had no idea what he had done. At that moment I was not fifty (emotionally), I was five and could not find any real reason for my extreme feelings. Of course I was upset by the experience with the group, but I had survived worse attacks than that in my time. There had to be some other explanation

So when we get catapulted into extreme emotional states we should be warned that there is usually more to it than meets the eye. So if you want to ensure that your time on this earth is well spent and to have life be as good as it possibly can be, in spite of the challenges and obstacles that can confront you, start out now on the path to becoming emotionally educated and discover the health and joy of living that comes from being true to yourself.

The complete guide to feeling guilty: Why you feel guilty, how it can help you, and how to free yourself of toxic guilt

The complete guide to feeling guilty: Why you feel guilty, how it can help you, and how to free yourself of toxic guilt

The complete guide to feeling shamed and ashamed: How your shame can set you free

or Get if Free Here. See the Amazon reviews:

The beauty of the book is overwhelming in its integrity and openness. The intricate details and gritty realism that Jean provides about her personal life and the stories that unfold through the meetings with her clients are full of refreshing hope and wisdom

This is a remarkable book - honest, illuminating and uplifting. Personal growth is not an easy area to approach and Jean draws on her own personal experience to illustrate concepts that might otherwise be difficult to understand. I'd recommend keeping a notepad handy so that you can write down the thoughts this book can stimulate

Superb. This book gives an excellent overview of emotional education and helps improve awareness and understanding of yourself and others, it has been really inspiring and insightful, encouraging me to 'step into my power'

Yes, I want this book for FREE